Can A Rubik's Cube Help With Your Focus?

I recently wrote about the act of continuous learning and made a case for learning from and being inspired by others.

In that article, I made reference to YouTuber Mike Boyd and in particular his video on learning to solve a Rubik’s Cube.

In the video, Mike documents his journey of learning to solve a Rubik’s Cube in under 2 minutes, and in the end, he manages to achieve that goal.

After watching the video a number of times, I was finally motivated enough to try and solve a Rubik’s Cube myself. 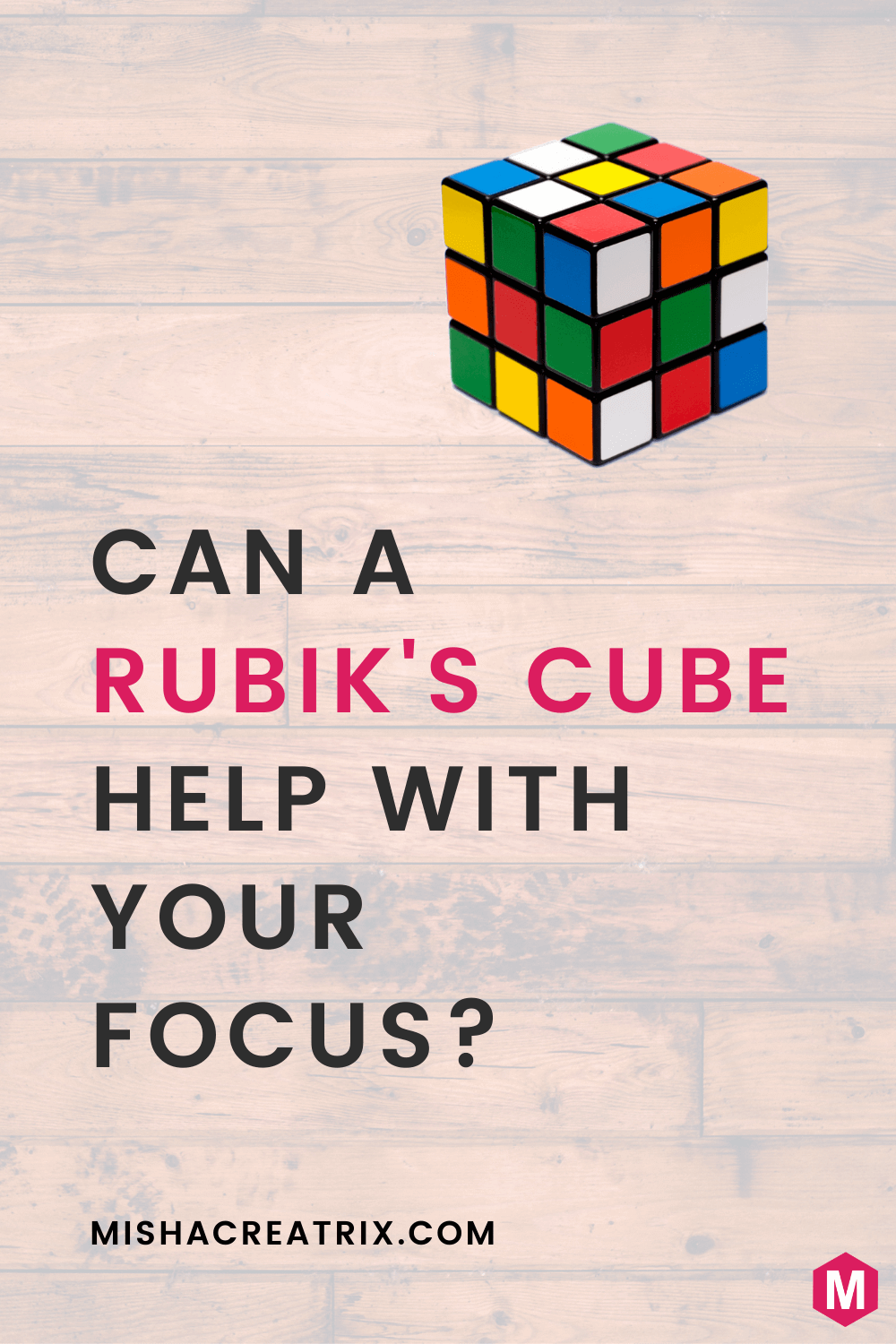 Learning To Solve The Rubik’s Cube

I actually bought a Rubik’s Cube a few years ago, but I could only manage to half solve it.

Being completely unmotivated by not seeing immediate results, I gave up and the cube sat on my bookshelf.

This at least meant that when I set about trying to solve it once again that I had one readily available to try my hand at.

To learn how to solve it, I followed a really great video that explained the process step by step and I wrote down the key algorithms.

Here’s that video if you want to check it out:

At first, I could sort of make sense of how to solve the first few layers but the last few parts were completely alien to me and I thought I’d never accomplish it.

Long story short, I can now solve the Rubik’s Cube pretty consistently in under a couple of minutes.

Trust me, if I can solve it, so can you.

Rubik’s Cube As A Tool For Focus

The reason behind why I’m writing this article is that when learning to solve the Rubik’s Cube, I always had it on my desk when I was working.

If I had some spare few moments I would practice an algorithm a few times until I eventually mastered it.

Over time, this not only allowed me to regularly practice solving the cube, but it also provided me with an excellent fidget toy that would take up my attention instead of reaching for my phone automatically every few minutes.

I found that I could focus more effectively on my work for longer periods of time without getting distracted by notifications on my phone or the allure of a YouTube rabbit hole.

I now always have my cube on my desk. Any time I’m waiting for something to load or if I’m in between meetings I pick it up and solve it or mix it up for a few minutes.

As someone who often struggles with using my phone productively, I have found that the Rubik’s Cube acts as my hit of dopamine instead.

It replaces my compulsive need to scroll through Instagram or YouTube for an undetermined period of time.

Not too long after realizing this, I came across an article from Curtis McHale where he makes use of a Rubik’s Cube in a similar way and has found that it has increased his productivity also.

With all of that being said, it seems there is some merit to having a constructive distraction available to you as an alternative to your phone. In my case, that’s the Rubik’s Cube.

In my opinion, it has helped to increase my focus during work hours.

As well as that, it has motivated me to try new things.

I never thought I would be able to solve a Rubik’s Cube before and now that I can there are a lot of other things I can’t do right now that I’d like to learn.

The feeling of accomplishment you get from being able to achieve something you previously never thought possible is likely why people like Mike Boyd have made it their mission to always try to learn new things.

My key take away from this article for you is to pick up a Rubik’s Cube and learn how to solve it. Make a commitment to practice it consistently over a few weeks and you’ll be surprised at how quickly you can master it.

If that doesn’t sound particularly appealing to you, then I still encourage you to try your hand at something completely new that you’ve always wanted to learn.

Once you can achieve mastery over that thing you’ll be hooked and will continue to learn and improve.

I hope you enjoyed reading this article and found it interesting to read. If you did, please consider sharing it on social media. It will help others to find it and that would really help me out.